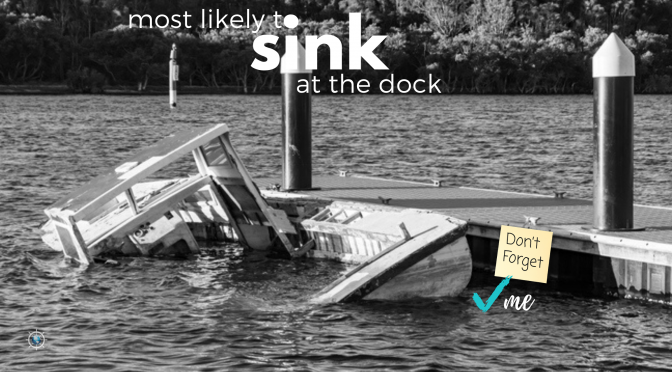 Our yacht insurance specialists empathize, and internally cringe when we receive salvage claims. Not only emotionally jarring, dealing with a submerged yacht can be costly and logistically challenging. If you don’t act quickly, you could also face charges for environmental damage. Thankfully, if you have adequate insurance, we can mitigate the monetary damage so you can meet legal requirements easier and minimize damage to your vessel.

In Washington state, criminal charges have been placed by an environmental protection unit in at least four derelict vessel cases since 2014.

One case involves a derelict 125-foot former research vessel, which sank on the Palix River in the spring of 2017. The owners didn’t have the funds to pay for cleaning up the approximately 1,000 gallons of oil that spilled, nor could they pay to remove the vessel from the water.

The Coast Guard used $20,000 from a liability trust fund to pay a diving and salvage company to oversee the cleanup. Unfortunately, that’s not enough to remedy the situation, and experts predict the full cost (now passed to taxpayers) will be somewhere between $500,000 to $2.5 million.

The owners of the LightDancer vessel were charged with various crimes, including causing a vessel to become abandoned or derelict and discharging polluted matters into state waters. Both of these charges are punishable with 90 and 364 days in jail, respectively, as well as $1,000 and $10,000 fines.

In 2015, the Washington state Department of Ecology fined the owner of another vessel more than $16,000 after it sank and spilled diesel fuel. The owner contested he couldn’t afford either the cleanup costs or the fine for leaving his wooden purse seiner abandoned.

Over on the east coast, Florida officials face hundreds of derelict vessels. Some pose dangers to other boaters; most are environmental hazards. Many boat owners in the Sunshine State also lack yacht insurance for salvage and environmental cleanup. Lack of coverage often results in delays or improper refloating or rescue, creating water pollution. Then charges and fines follow.

Does your yacht insurance include recovery, salvage, and environmental cleanup? Contact the yacht insurance professionals at Global Marine Insurance today to review your coverage.