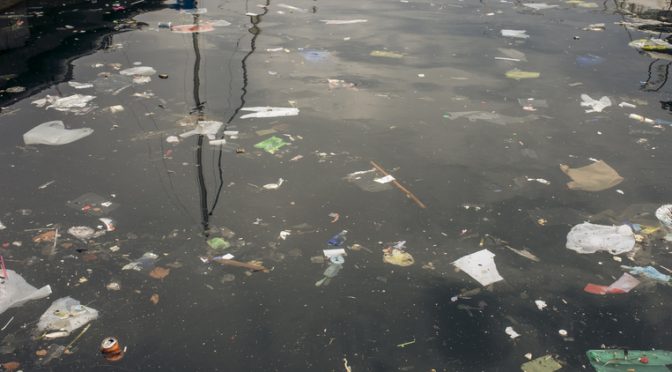 Water at the marina is notoriously dirty. Gasoline, garbage, and scum often gather in unappealing and even smelly clumps. It’s unattractive and harmful to the ecosystem. Now marinas and private property owners can use a Seabin to clean up the water surrounding docks.

The Seabin is a fully automated trash can that cleans 24 hours a day, seven days a week. It’s the brainchild of two Australian surfers who became fed up with encountering trash and debris in the ocean while surfing. Rather than complain, Andrew Turton and Pete Ceglinski invented a solution.

The duo crowdfunded their Seabin invention through Indiegogo and launched the Seabin project. We were impressed to see that the American Sailing Association, Sail-World.com, the Newport Shipyard, and many others contributed to their ambitious venture.

Their idea is brilliant because the Aussie surfers realized that Mother Nature sends debris and pollution via the wind and currents to marinas, ports, and yacht clubs around the globe. The Seabin works very effectively in these kinds of controlled environments.

A Seabin is a cylindrical bin that gets mounted to the side of a dock, sitting such that the container is below the waterline. A pump at the bottom of the Seabin sucks up to 4 kg (nearly nine pounds) of debris and pollutants like gas, oil, and microplastics into a container.

In July of 2019, the first Canadian Seabin customer reported satisfaction with the efficiency and effectiveness of the three Seabins they installed as a pilot project. According to a story on the CBC News website, Toronto’s Outer Harbor Marina staff were pleased that the water in the marina was so clean that all the staff had to do was empty the Seabin once a day.

If you do the math, one Seabin that pulls in 4 kg (9 pounds) of trash a day will clean nearly 1.5 tonnes (1.65 US tons) in a year. There might be a lot more to do to clean up our oceans, but this is certainly an exciting step in the right direction.

Boaters can help to minimize pollutants too, by taking care to avoid fuel and oil spillage. However, accidents do happen; make sure you have ample liability coverage. A collision, or sunken vessel, can cause significant fuel and oil spillage, and you could be held liable for pollution. The yacht insurance professionals at Global Marine Insurance can review your current yacht insurance policy and share information about any gaps in your coverage. In the meantime, look for a Seabin the next time you are at the marina and if you don’t see one ask. Cleaner water benefits everyone.